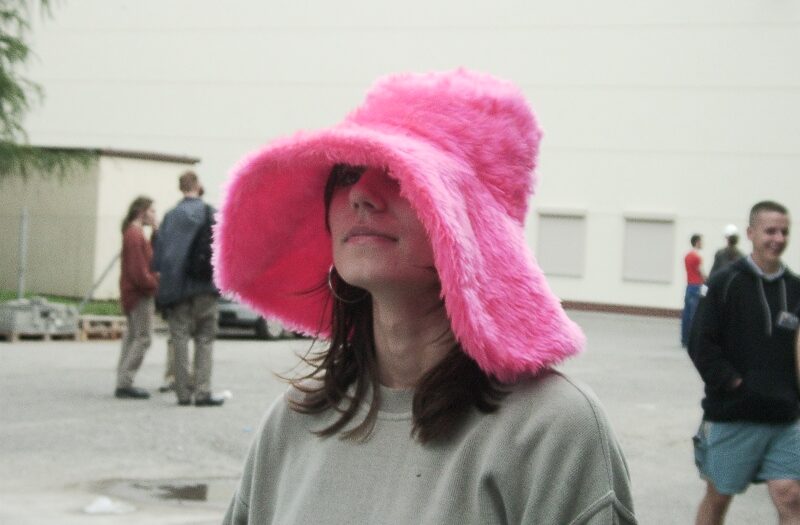 The 4th edition of famous Polish multiplatform party for PC/Amiga/C64 users took place in one of the music clubs held in Poznan called “Eskulap” on 9-11 of July 2004. The organizers decided to organize the party in the same place like one year ago. I decided to arrive at this party to meet again some of my friends and maybe compete in C64 music compo.

Because I had to be at the work, I arrived to the party place at 8 PM in the Friday. Last year I had a nice travel with around 6 persons, this year I had just lonely trip and I felt very bored in the train. When finally I arrived at the party place I got a little bit confused. Not so much party freaks, too quiet for a Symphony party… The first person which I’ve met was Monk with his girlfriend from PC scene. Next I went to pay the price for the party and of course I was a little bit confused again because on the attendant’s list was only more than 20 persons, but a lot of persons didn’t signed theirs presents at the party. I went to place my little baggage of course at the same place like one year ago and started to meet some of my friends. Finally I’ve met again Galy/Tropyx/Apidya with his friends which I’ve met first time last year. Mars got confused because I changed my hairs and he didn’t recognized my person :). We spent a lot of time on talking about some events. And of course I met my friend Kopernik from PC scene and his wife Ada.

The party place was a big building with some halls, up with the one floor. On the main room the very bigscreen was presented (more times the screen doesn’t fit on it while displaying some demos etc). The atmosphere of the whole party was very odd and different than in the last time. Because of lack of the people. I asked someone, where is Dalezy and after that I was able to meet him for a first time. That was really cool to meet him and we had nice and sometimes very funny chat, especially when Ronny was trying to speak some Polish sentences :).

Next Azzaro said that everybody must enter to the party place because they don’t want to see the police going there. So we did that and I went to the live drum & bass concert and I was dancing around the hour. After that, being very tired I went to sleep. This year we had more free place to sleep because half of the persons from last year didn’t arrived. I located at the same place like last year on the floor almost lonely.

Next day I started from going to the shop for some food. Next I met Dalezy and some other guys out from Poland. After that I started to meet some old friends from PC/Amiga scene like Cyc, Willy, my group mate V0yager, Count and some others. And like last year, I played with Galy and the band with the table soccer game. We met one guy from Atari scene called Jaskier. After long awaiting, the organizer of the crazy compos started to scream to the microphone about the first crazy compo – who will bring the biggest amount persons to the main hall. Almost nobody cared about that but someone won that compo, don’t remember who :). Next crazy compo was about who brought the most impressive and odd thing to the party. One girl showed her big pink hat, one guy showed apple and called it ball, but the winner was Willy who showed his famous plastic leg!

But the next crazy compo was the most impressive ever! „What you will do with this leg?” So people started to lick her, fuck her (really!) and put her into the panties (some people suggested that some persons just pushed that leg into the arse but that was not exactly true). Everything was almost fake, but we had a lot of fun from that! The price in every crazy compo was free beer so people wanted to do their best to take this beer. Why? Because beer at the party place was damned expensive, more than 1 euro! I don’t remember exactly who won the compo, maybe Cyc? Anyway, next crazy compos was very boring: “complaint compo” and “telephone bell compo” where the winner was the shortest sound effect presented by one scener :). We’re very bored from that because we are waiting for the main competitions. Finally, the competitions started, but the quality and the amount of them wasn’t so great. Combined demo compo looked a little bit odd. 1 real PC demo with the animations, 2x 4K intros and one Amiga demo. I was waiting for C64 music compo, but sadly the organizers screwed up (LIKE ALWAYS!) and the C64 competitions got cancelled (because of stupid reason). I was a little bit sad of that. And I felt so bad in the middle of the competitions because some dickhead smoked very shitty stuff, maybe hash? No idea, but the air was very polluted. After some gfx and music competitions Krzyż:Kros band showed theirs live concert. We were dancing and having a lot of fun from that! I think that it was the best event of whole Symphony this year! After that we watched some wild competitions. Almost every compo was very delayed. Before wild compo some of the organizers started to display some shitty videoclips with dirty pr0n womans with some pee’s too :/. The audience had enough of that. After wild compos (where one Krzyż:Kros videoclip for Szatanskie Wertepy song got presented too) Silentriot, the main organizer went to the bed, someone started to display one Polish movie called “Miś”. I had enough of that, didn’t wanted to wait for Mp3 compo and went to sleep. When I woke up at the morning, the party was almost over. We played again with Galy on the table soccer, next we got our baggages and went outside. We just had enough of that poor party. Galy was very friendly and stayed with me at the train station. I was very tired and had to wait 2 hours for my train. But finally I arrived to my house…

I entered the scene.pl and read a lot of bad reactions about that party. Poor organizers… Yes, this party was totally unsuccessful, but without more visitors and party stuff party will be always screwed up. So you people makes the party, don’t ignore another issues of the parties!

Anyway, it was really nice to meet some friends again besides of poor party. Maybe next year will be better :). Big respect to Silentriot for organizing this party! He had to paid a lot of money for the party place from his pocket because of lack of the money from the low amount of attended people… I hope that next time we will have a lot of fun, like for example in 2003 :). Cheers!

Originally I made a report from this party only in English language, because at that time the sceners stopped to release of any Polish magazine on C64 scene. The text was made exclusively for the C64 discmag Scene World, published by the German group called People of Liberty.

I wrote this report on 30th of October 2004 and it was released on 27th of November 2004 in Scene World #13/People Of Liberty discmag in the Party Scene section. Below you can find the original text in which I made a small correction of errors. I’ve also added memorial scan of ident, screenshoot from Scene World #13 and few photos from Dalezy, Ravek, Gorzyga, Woof, Azzaro i Rusty.