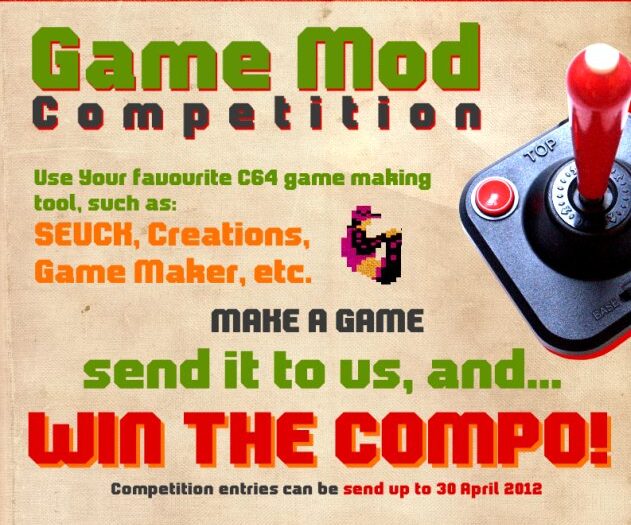 Over the past few months two organizers of C64 Power Game Mod Compo (V-12 and Raf) were receiving contest work which main goal was to create modded games on Commodore 64. In the race stood 7 works of which only one not fully meet statutory requirements. However, it was accepted to the competition since the main idea of the whole project was to create de facto a new game (although it would be a continuation of what we already know).

All games were presented live on late evening of 30 June 2012 during Silesia Party 6 at Czestochowa in Poland. Thanks goes to CJ Warlock for giving possibility to make a final of C64 Power Game Mod Compo during party and audience for voting and spontaneous reactions while watching modded games. 🙂

Here are the results of the competitions. The square brackets are given the order for submission of entries. The same order was kept during presentation at Silesia Party 6. Demonstration was conducted by V-12, who was describing all games and playing live in each game. Special thanks goes to Jericho for supporting him with microphone and also to CJ Warlock and Cancerek for counting the votes. 🙂

Below you can find two videos recorded during presentation live at party (unfortunately whole material is not complete due of some technical problems), recorded by Kati using two photo cameras (Data and V-12). Thanx!

Here you will find all games from competitions. Screenshoots are provided from real C64, using so-called video grabber.

All games available separately in .d64 files – [ DOWNLOAD ] (link is not active)